After what I thought was enough deburring (more on that in a bit), I started priming the shiny bits. 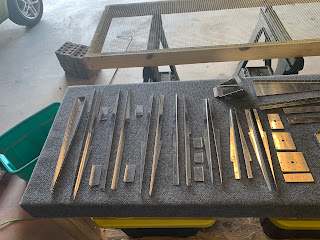 The rudder has significantly more components than the vertical stabilizer, which resulted in a number of rounds of priming. 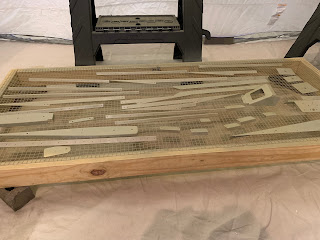 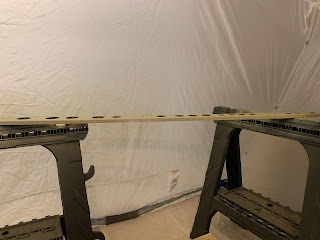 Finally, I was able to start dimpling the skins, which was oddly satisfying 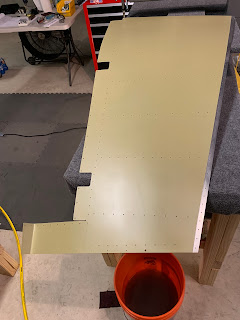 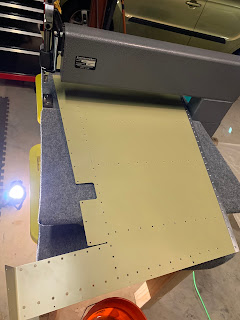 Anticipating some flush riveting in the near future, I finally sanded the Avery swivel set so the AN426 heads don't sit proud to the skins. 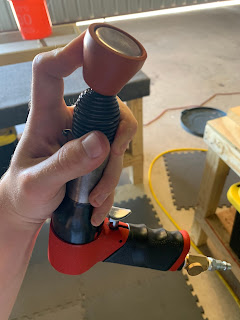 So Flight Chops has a new video out about his build!  He seems like a good guy, but honestly I feel like his videos make building seem more daunting than other channels set up specifically for building.  This is primarily because Steve seems so overwhelmed by everything, and he appears to be leaning pretty heavily on experts.  This is compared to Jason Ellis' channel, where he shares not only the build process, but the process of learning, making mistakes, and resolving issues.  Seeing Jason make mistakes, reason out his resolutions, and share encouragement with the audience makes me feel like I can build a plane too!  Full disclosure, I gave him my Vans' finders fee for his channel.

On to the mistake!  Steve's build seems to be taking an interesting tact, instead of deburring, drilling, deburring, priming, and riveting, they're deburring everything from the start.  Watching the process, I thought to myself, "Huh, am I deburring as thoroughly as they are?".  In short, no, no I am not.  I thought this was pretty ironic, as I had just had a conversation about the quality control issues at Boeing lately.  Glass houses and stones I suppose! 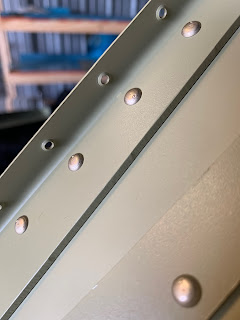 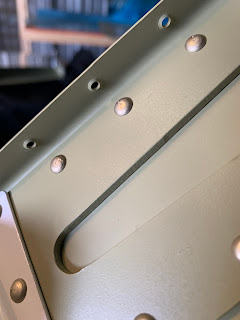 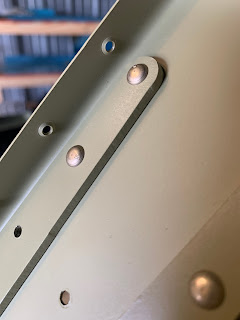 So, I'll reach out to the gurus at VAF for their opinion.  However, it appears I may need to drill out all the rivets I've set so far, finish deburring, some components, and touch up the primer with another coat.

To make myself feel like I got SOMETHING done, I deburred a HS doubler to compare against a raw HS doubler.

Finally, I countersunk the trailing edge wedge (scrap pictured) and test-fit it in the skins. 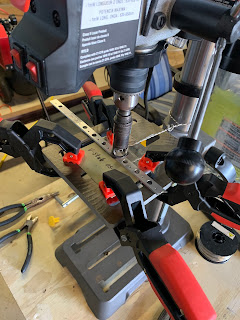 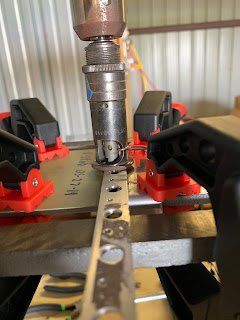 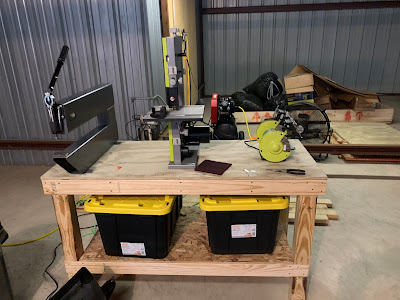 Finished shop setup... for now: My hope was to have completed Van's toolbox project last week, but getting all the bench tools assembled, mounted, and tested took longer than expected.  Much like the week before, the only productive day this weekend was Sunday.  After picking up a bench grinder, and assorted mounting hardware, I made my way to the hangar.  I started by assembling and positioning the tools where I thought they would be best placed, and then traced out and drilled mounting holes for each.  I then tested each by powering them on and waiting for the explosion. I must have spent an hour figuring out how to set up that band saw. This time around, I thought I would experiment with a time-lapse setup with my old GoPro.  I was able to record the entire session with a new 128GB card, and I'll edit and upload it to YouTube when I get the chance. Built the Van's Toolbox Kit: Confident that I wasn't going to lose a finger to the band saw unless it
Read more